In the Shadow of the Red Brick Building

Tony Charlie was one of the 28,000 victims of residential school abuse who received a cash settlement from the Government of Canada.

But not only was the settlement meagre in his case, the process and the criminal cases involving one of his abusers failed to bring closure.

“I will point my finger directly to the Government of Canada for this huge loss, as well as the Catholic Church who stood idly by doing nothing to assist survivors. They had enforced the harsh policy of Canada. The richest church in the world has made no efforts to assist healing to survivors for all the sex and physical abuses they inflicted to children at residential schools they operated.”

Counselling and family support helped Charlie gain control of his life, but it has been a difficult life from an emotional and physical standpoint.

“Even though I had a hard time most of my life as a survivor, I want to love and cherish what time I have left on this earth.  I don’t want to be a bitter and angry old man; it’s not my thing. Life is too short for this kind of situation to hold me in its grip.

“I will no longer lower my gaze. I will keep my head up as a proud First Nations man. I have no more guilt or shame.”

In The Shadow of the Red Brick Building is available from the publisher, Askew Creek Publishing of Chemainus, by contacting the Publisher.  Copies are also available at bookstores including Volume One in Duncan and Books, Miniatures & More in Chemainus and other bookstore on Vancouver Island.

Raymond Tony Charlie is a member of the Penelakut Tribe, a First Nation based on Vancouver Island and the Gulf Islands.

A father of three adult sons, Raymond Tony Charlie attended two residential schools operated by the Roman Catholic Church when he was a teenager. Memories of those difficult years, marked by physical, emotional and sexual abuse inspired him to write his book, In The Shadow of the Red Brick School.

Now a respected Elder in his community, Raymond Tony Charlie acknowledges the damage done to his self-esteem and ability to adapt to mainstream society was profound and lasting. However, over time, assisted greatly by counselling and family support, Charlie has managed to turn his life around. Indeed, he has become an inspiration to other dealing with the challenges that life threw at them as a direct result of their own experiences at residential schools.

Today, Raymond Tony Charlie shares his message of recovery and hope with youth, students and other adult survivors through workshops and speaking engagements. He has participated in videos and podcasts about the Kuper Island Residential School experience and utilizes social media to educate the broader community.

Raymond Tony and his wife, Lorraine, have been married for 50 years and live in the Cowichan Valley, on Vancouver Island, BC Canada

One evening, after supper, all the seniors were in the TV room watching Montreal play hockey against Chicago. It was an exciting game and all the chairs were set up in front of the TV in the recreation room. The lights were turned off so it was dark in there. It was an engrossing game for us all. I sat in the very front of the group with my feet propped up, just loving the game and cheering on Montreal.

All the guys were yelling and screaming at the TV and I was soaking up the game with the play of Worsley, Cournoyer, Savard, Mahovlich, Richard, Beliveau and all the Montreal greats. Being in the very front of the TV, I was immersed in the game and not really aware of anything happening around me.

Suddenly I just heard a voice in the dim lit room amidst the TV glow. “What are you doing here?” I just turned to look and was punched so hard I was knocked to the floor. I was dazed, on my knees and hands with my head spinning. As I looked up I was back handed very hard on the side of my face. My head turned from the slap and I could see I was the only one in the room. All the rows of chairs that were behind me were now empty. It was Brother Francis. He was a balding middle-aged brother, who had previously been at Sechelt Residential School, I believe. He was my supervisor. He then yelled, “Get up!” I was still groggy. When I stood up, he pushed me forward. “Get to my office,” he screamed.

As I walked into his office, he went to his desk where he opened a drawer. Pulling out a strap he said, “Put up your arms, you are getting 10 straps on each arm!” I put them up in disbelief and was hit on the forearms with this strap that was 18” x 2.5” inches wide. Initially the strapping stung as he used it like a whip. My forearms and hands were beginning to get hot. They then became numb. As he finished, he yelled loudly, “get to study!” I walked over to my cupboard and tried to grab my books but couldn’t because my hands and fingers were useless. They weren’t able to move from the strapping.

My eyes were tearing from the pain. Thankfully one of the fellas was there next to the TV room so I asked him to tuck my books under my arm. Then I walked to the study room, where all the guys were at the tables, studying quietly with their books. I just sat for the duration of study since I couldn’t turn the pages of my books.

My arms, down to my hands and fingers, were frozen for over six hours before I could use them at all. They were still very sore, paralyzed and burning from the strapping I received.

To this day, it is hard to believe that I hadn’t done anything wrong. I had no infractions at all, but I was severely punished by this Catholic brother for being late for study. My hands and arms remained in a painful state for some time. I couldn’t even use the bathroom.

There are no reviews yet.

Only logged in customers who have purchased this product may leave a review. 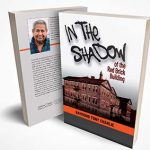